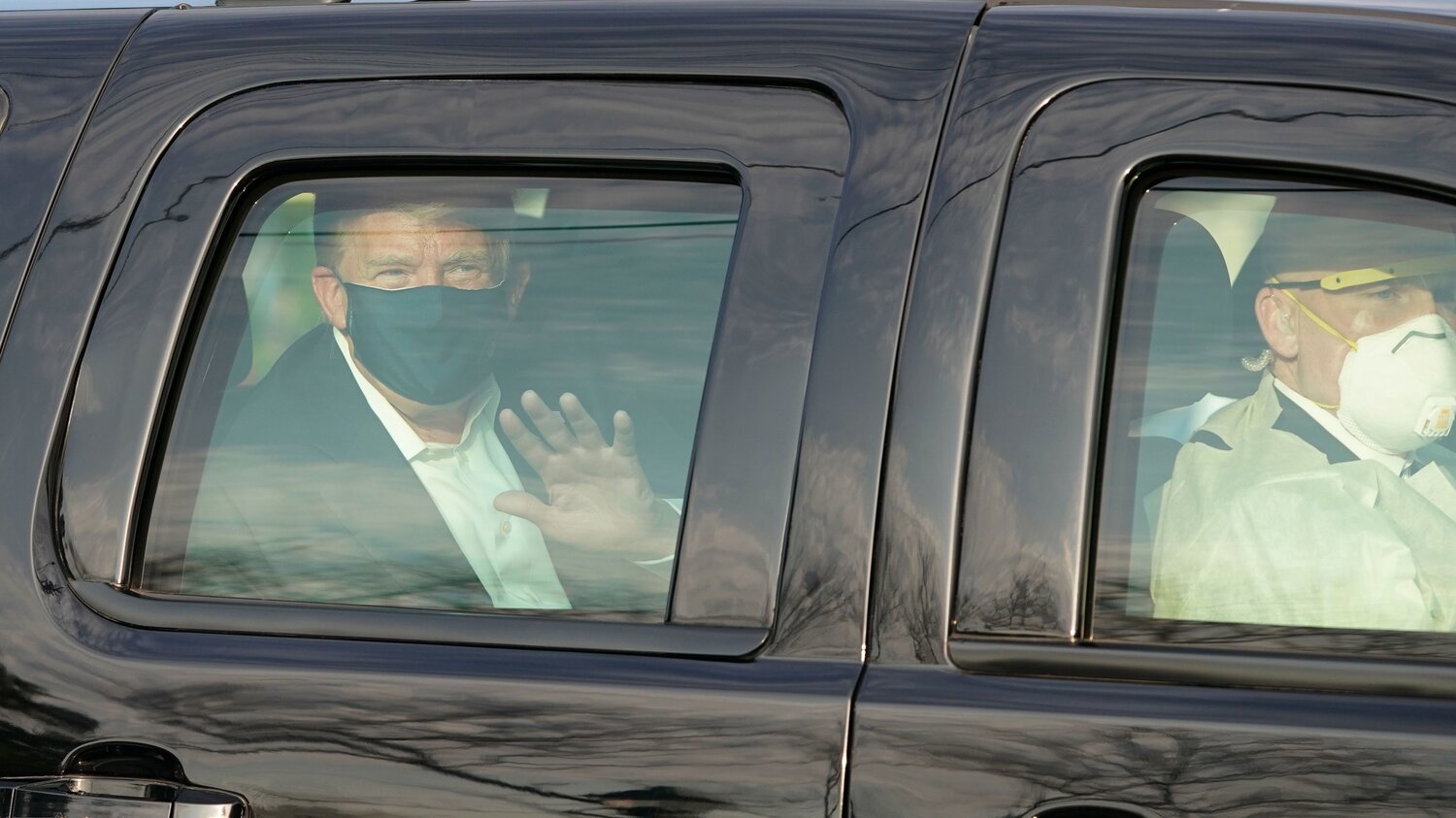 Dr. James Phillips, the Walter Reed physician who criticized President Trump’s decision to greet supporters outside the facility where he was being treated for COVID-19, has worked his last shift at the hospital. “I stand by my words, and I regret nothing,” Phillips wrote on Twitter.

The doctor’s pending removal from the work schedule at Walter Reed National Military Medical Center was reported in early December – two months after Phillips slammed the president’s refusal to isolate himself. His announcement that he has now stopped working at the medical compound brought a new round of praise for Phillips, both for his work as a doctor and for speaking out.

Phillips, who is also the chief of disaster medicine at George Washington University, said in October that Trump’s insistence on riding in a motorcade past supporters gathered across the street from Walter Reed exposed his security detail and others to a high risk of infection by the deadly coronavirus.

“The irresponsibility is astounding. My thoughts are with the Secret Service forced to play,” the physician wrote in a tweet later deleted. He also dismissed Trump’s outing — which came one month before the national election — as “political theater” that forced other people into quarantine and put them at unnecessary risk.

When NPR contacted Walter Reed about Phillips’ status on Monday, a representative stated that the doctor worked there as a contract employee.

Representatives from the George Washington University School of Medicine and Health Sciences were unavailable for comment Monday. The school said earlier this month that while it could confirm Phillips remains an employee, it was not able to comment on assignments such as his contract work at Walter Reed.

Late Sunday, Phillips said he had no regrets about his public stance.

“Today, I worked my final shift at Walter Reed ER,” Phillips tweeted. “I will miss the patients and my military and civilian coworkers — they have been overwhelmingly supportive. I’m honored to have worked there and I look forward to new opportunities.”

Phillips also thanked a George Washington University colleague who defended him after Dr. Jonathan Reiner said, “Dr. Phillips spoke the truth, and the truth was uncomfortable for some people. He did nothing wrong. People who claim to be patriots should defend the 1st Amendment as vigorously as they defend the 2nd.”

Phillips was one of many voices critical of Trump’s outing. The president said his foray was meant to thank his supporters. After the event, White House spokesman Judd Deere said that a medical team had cleared Trump’s plan for a brief motorcade tour and that those involved took safety precautions.

During the ride, Trump was seen wearing a mask – as were Secret Service personnel who were in the vehicle with him.